Vollmar Natural Lands Consulting has completed over 270 projects throughout California since 1993. These projects range from small wetland delineations to large scale habitat conservation planning and regional conservation studies. Some of these projects are featured here — use the links below for more details, as well as high resolution maps. 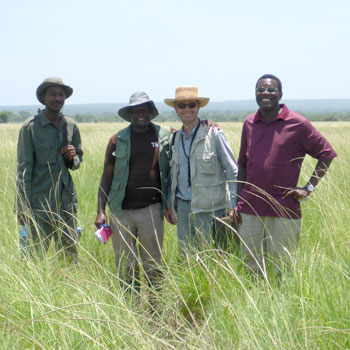 VNLC is serving as the project lead for the development of a vegetation classification and map based on current International Vegetation Classification (IVC) protocols.  We are working in collaboration with the Tanzania Wildlife Research Institute (TAWIRI), the main wildlife conservation and research agency of the Tanzanian government, as well as Dr. Todd Keeler-Wolf, head vegetation ecologist for the state of California, and Jennifer Buck, senior botanist with the California Native Plant Society.

The project site is within the Kwa Kuchinja Wildlife Corridor, linking Tarangire and Manyara National Parks.  The corridor is threatened by land conversion to subsistence agriculture and the project report will be used for improved wildlife conservation and land use planning.  The project has involved three field visits to identify for the study area, collect vegetation plot data, and ground-truth preliminary classification and mapping.  Field crews have consisted of a combination of California and Tanzanian botanists as well as armed rangers to provide protection from lions, buffalo, and other large mammals that inhabit the study area.  The final report from the first project phase will be completed in 2017 and the project team will present the study results at the biennial TAWIRI Science Conference in Arusha, Tanzania in late 2017. 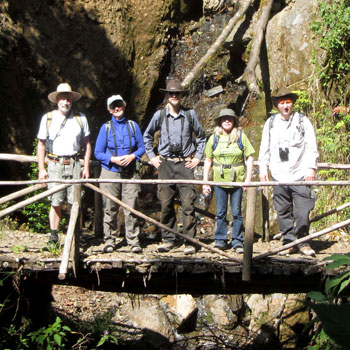 A team of VNLC biologists assisted with field sampling for a study of differential frog species diversity within four rainforest microhabitats in the Peruvian Amazon forest.  The study site was at the Los Amigos Biological Station.  The project was led by Dr. Rudolph von May, a noted expert on the frogs of Peru and a previous employee of VNLC.

The field work involved establishing line transects and plots, and conducting nighttime headlamp surveys to capture and identify all frogs present, and collect other data on frog snout-vent length and health, and collect chytrid swab samples.  The survey techniques included sifting through the accumulated leaf litter on the forest floor which stirred up a profusion of insects, spiders, and other invertebrates.  Other wildlife inhabiting the study site included coral snakes, caimans, howler monkeys, and tapirs. 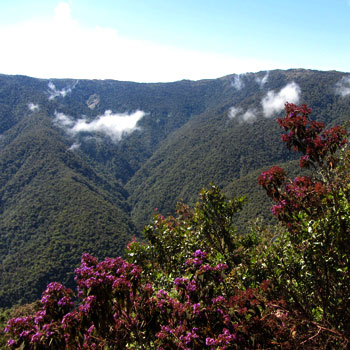 A team of VNLC biologists assisted with field sampling for a phylogenetic study of frog speciation and evolution within the upper Peruvian Andes.  Since the Andes uplifted in relatively recent times, the frog species inhabiting the upper Andes (up to 10,000 feet) likely represent recently evolved species.  The project was led by Dr. Rudolph von May, a noted expert on the frogs of Peru and a previous employee of VNLC.  The study site was within the Wayqecha Biological Station.

The field work involved visiting field sites across the different microhabitats in the study area and conducting intensive searches for all frogs present. Captured frogs were identified to species and collected for later extraction of genetic material for phylogenetic analysis.  Captured frogs were also swabbed for chytrid.